This is a true story by me that happened back in Sept 2017 where I encountered s STRANGE creatures in a 2 day period...The first being the weirdest and while still fresh in my mind I Sketch-Modeled & crappily painted what I saw in Nendo, Pics first, read story if interested, Gracias... 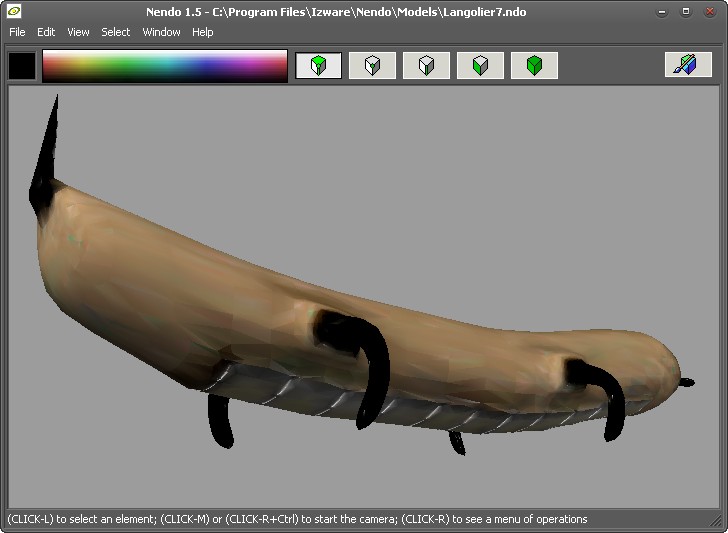 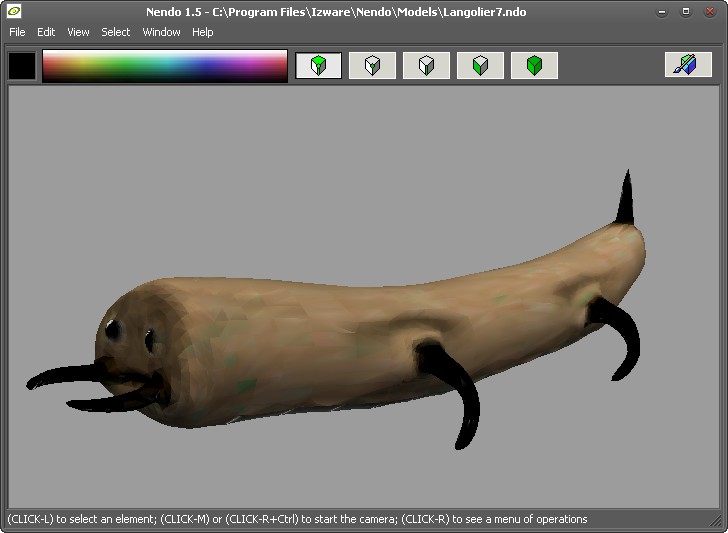 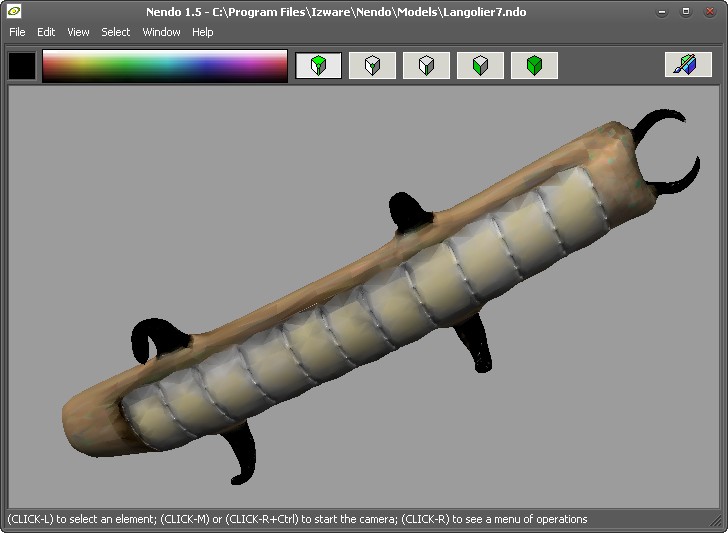 I live in the foothills of the Appalachians... Have for over 12 years now. Build stuff, cut-burn firewood, etc. seen lots of creatures as the property butts up next to the Daniel Boone National Forest. But this is quite different & I have named the creature 'The Langolier' as a reference to the movie as you never get to see them...well, I saw 'it'. I always name things so the wife & I are on the same page when talking the unusual.

One day after having worked my ass off outside I was ready to come inside when I remembered I had one of our vehicles still on a battery charger. So I walked along the front of the house towards the back to take a 'right' around the back of the house to unplug the extension cord which was located in a small pumphouse for cistern water on the opposite side of this end of the house.

It should be noted that at this time I was in full view & being watched by 'The Langolier' which was @ 3 feet up on this opposite side of the back end of the house. It will be another 7-8 seconds before I see 'it'.

As I round the house I am distracted by a 'kiddie pool' my wife had out on the left. It had filled with rainwater & turned algae green & she had a stick in it in case frogs get stuck in there & can't get out. So I was looking to see if there were any frogs in it.

So at this point I had just taken a slight right & was looking to the left at the pool which was about 8 feet behind the house.

OK NOW! I start to turn to the right to head in the intended direction when I hear a bit of 'ticking' coming from the back wall of the house on the opposite side (where I'm heading).

This thing had been still, silent but it now realized I was turning its way so it begins to move starting with some sort of 'creature salute or warning' with its pincers as I am pulling focus. I am a good 10 feet away from it when it starts running on the back of the wall of the house towards the corner I just came around with its legs 'nailgunning' into the siding. sounded like constant fast ticker taping as it sped along the wall then it 'LEPT' 4 inches off the siding 3.5 feet to the ground...Landing upside-down, immediately righted & exited underneath the house in the only accessible crevice.

When it runs its body moves back & forth in a sideways configuration so fast you cannot really see much. When it runs the ass end elevates giving it a 'scorpion-like' appearance to an oversized looking centipede body.

So how fast? Well, it ran 12 feet along the siding, launched, dropped, rolled, disappeared in less than 2 seconds...More like 1.5 seconds. Fast like a mouse or a cockroach on coke. It was very upset at having been seen & was still & silent till I started turning towards it. Insects & bugs do not do that from long distance & most not at all.

If i could describe the 'energy' to you it was like the scene in Alien (1979) where the alien busts out from John Hurts stomach, screeches & runs off real fast.

It's bigger than a cigarette...about the size of a swisher sweet. Intelligent, articulate & doesn't use normal 'sticky-leg' to be on a vertical surface but 'nail-guns' into the wood making a ticking sound.

This explains the strange running ticking sound I hear sometimes when up in the night urinating & such. But I have not heard it since this encounter.

Anyway I have made a 3D Model sketch in Nendo which is as accurate as I could make out features. The face, I don't know so I just adlibbed there except for the pincers, which are correct.

OK...Now only 2 days after this encounter I was in the trailer (storage) getting a chainsaw & when I came out the door directly facing me was the woodpile & ontop of it appeared what I thought was a really huge wasp... It then hovered up, took a right turn & flew up the mountain out of sight.

When in profile I CLEARLY saw it was the front-end of a locust mated with the rear-end of a scorpion with an extra-long tail curled forward like a question mark...

I call this one the locustorpion and it was all black body with clear wings naturally turbulated (ridges).

Researching has provided nothing on these creatures only finding the locustorpion portrayed as the final 'plague' in revelations so I provide the closest image I have seen...

Here is the image I came across of the 'locustorpion' imagine an all black body instead, with clear ridged wings and a tail about twice as long... 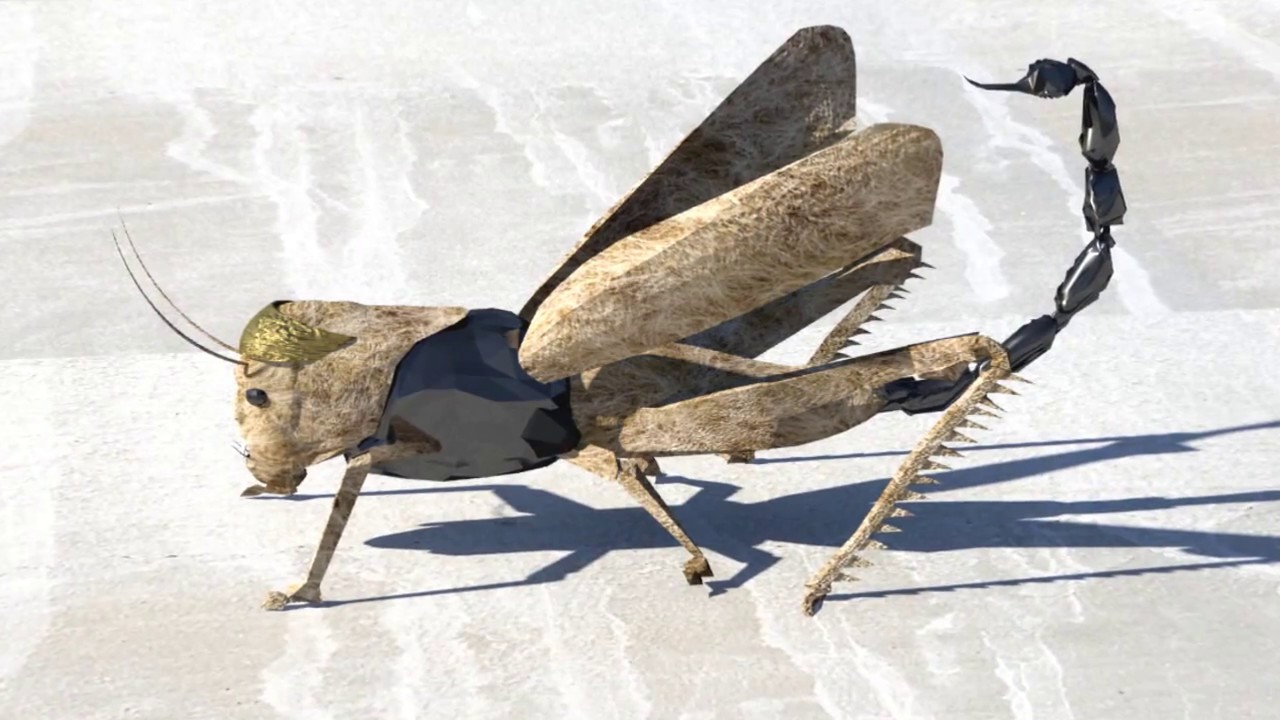